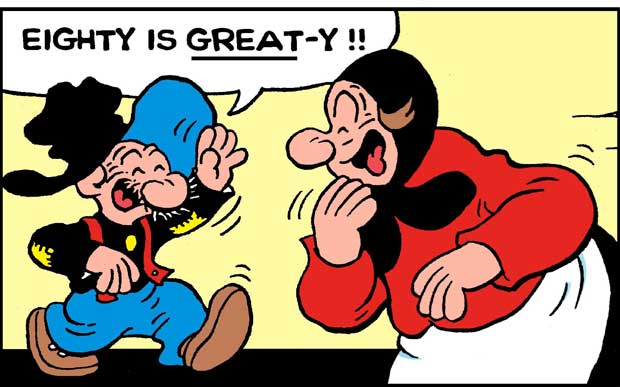 Barney Google and Snuffy Smith is one of the longest-running comic strips in history. Created by Billy DeBeck in 1919, it first appeared in the sports section of the Chicago Herald and Examiner as Take Barney Google, F’rinstance. It starred the sports-loving, poker-playing, cigar-smoking,  girl-chasing ne’er-do-well Barney Google. By October of that year, the strip was distributed by King Features to newspapers all across the country.

In 1934, Barney Google met Snuffy Smith, a hillbilly who soon eclipsed him in popularity. Not long after this meeting, the strip became known as Barney Google and Snuffy Smith. In 1942, the comic strip was inherited by DeBeck’s long-time assistant, Fred Lasswell, who continued to draw the strip until his death in March 2001. Lasswell, a master of the sight gag, really developed the hillbilly characters of Hootin’ Holler. John Rose, who inked the strip for Lasswell, has been carrying on the bodacious tradition of being the strip’s cartoonist since 2001.

This tremendously popular feature boasts clients in 21 countries and 11 languages. It has added several phrases to the American vernacular, including  “horsefeathers,” “sweet mama,” “hotsie-totsie” and “heebie-jeebies.” It has been the inspiration for a hit song, “Barney Google (With Your Goo-Goo-Googly Eyes)” and is one of a few historical comic strips to be honored on a special set of U.S. postage stamps. 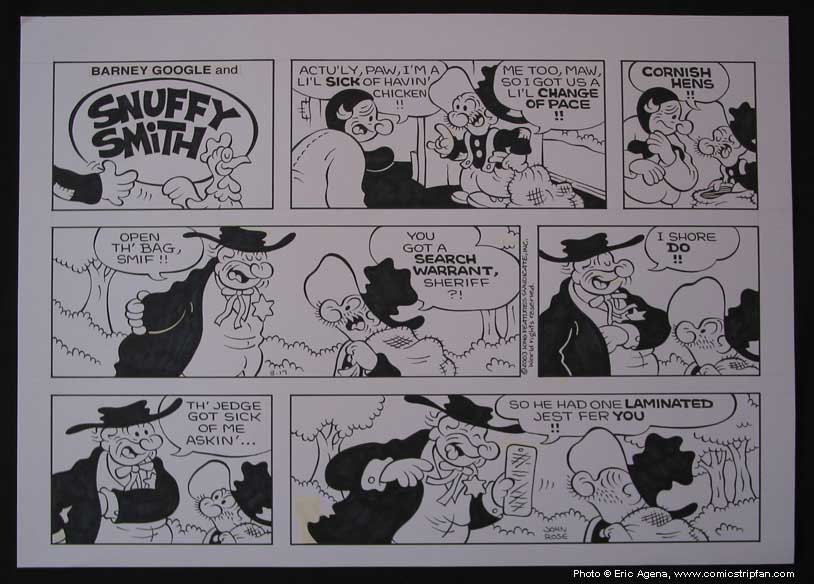