The show was about dogs who just couldn’t get respect when they wanted food sometimes. There were great episodes, like

“The Abbott And Costello Cartoon Series” was produced beween 1965 and 1967 by a joint venture of Hanna-Barbera, RKO and 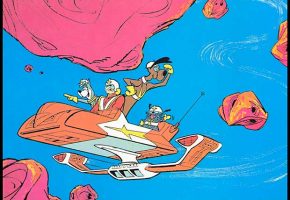 Astro and the Space Mutts

New reincarnations of old favorites started with a Jetsons spin-off, 1981’s Astro and the Space Mutts (teamed with Teen Force 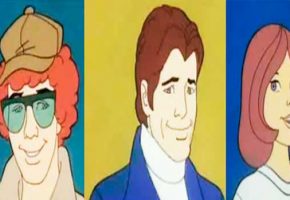 This cartoon is about a family of motorcyclists who act in a circus . The reckless Ernie Devlin, driving his motorcycle

While on a space mission orbiting the earth, four astronauts are bombarded by cosmic rays which give them super powers.

The Amazing Chan and the Chan Clan

This family of super sleuths comprised Chinese detective Charlie Chan, his 10 children and their family dog, Chu Chu. The 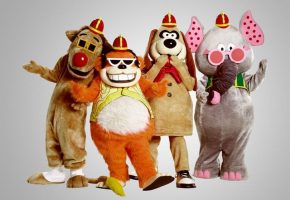 The Banana Splits Show was Hanna-Babera’s first foray into live action. Aired in 1968 and based around four bizarre looking