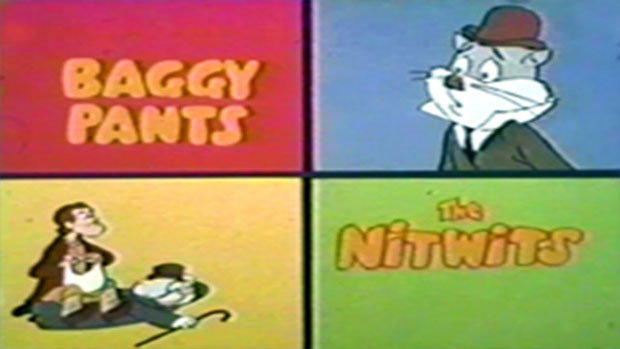 This was a fun DePatie Freleng show. Baggy Pants was a cross betweeen Chaplin and Pink Panther, but I enjoyed it anyway. The Nitwits were cool because Arte Johnson and Ruth Buzzi voiced their own characters from Laugh-In.

The premise of “The Nitwits” was Tyrone was a retired superhero called back to action. The ending was always the same, yet funny. Glaydes would rush to the scene clobbering the badguys with her purse!