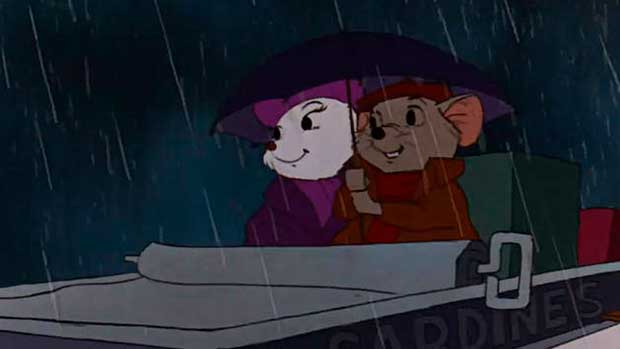 Disney invested plenty of time and money in making The Rescuers, but the effort paid off with one of the studio’s biggest hits of the 70’s. Based very loosely on two Margery Sharp novels, Miss Bianca and The Rescuers, the movie delved into darker territory than many Disney cartoons (you thought Devil’s Bayou was a resort town?), lightening up the mood with a comic turn from Jim Jordan (radio’s Fibber McGee) as a bumbling albatross pilot named Orville.

When I saw this film the first time out, Madame Medusa was one villainess I just couldn't bear to listen to. I would cover up my ears whenever she spoke. The scene that irritated me the most is when she orders Penny the orphan child to get down in the cave to find the big diamond or the little girl would never see her teddy again. I gasped in sarcasm when Mr. Snoops tells Medusa that she sure has a way with kids. I was relieved when the swamp creatures started attacking Medusa. The entire audience laughed with delight. I acquired an original LP soundtrack containing the story, songs, and dialogue from the film some twenty years later and I get a little upset at the part where and when the song "Someone's Waiting For You" is playing. It reminded me of several different times I had to be at places I didn't like to be. 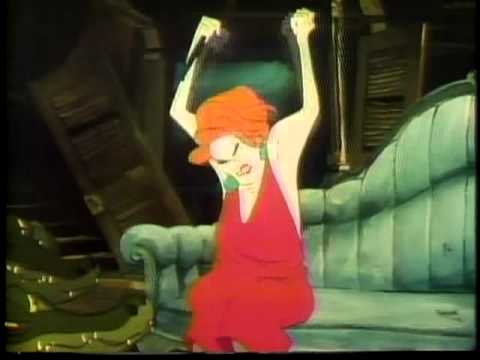